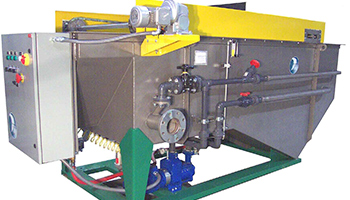 In the oil industry, dissolved gas flotation (DGF) units do not use air as the flotation medium due to the explosion risk. Nitrogen gas is used instead to create the bubbles.